Our next connection was on 30th January, I was still in Leipzig!  I had asked Teacher Dearbhla to ask the children to draw a picture of their own house as we hoped to explore the idea of a journey and landmarks.

In Leipzig I found my way back and forward from the house I stayed to the City Centre by following little landmarks I noticed on the way. So I asked the children to plot their own journeys from home to school.

So the children began to draw their own local landmarks in and around Crossmaglen. During the session, the ipad was placed directly on the tables as the children worked and I could ask the children about their own landmarks as they drew and they could show me what was being drawn!

Here’s the sort of landmarks the children remembered:

The big blue door just past the chapel

I began to take some photographs of the children’s maps, as I saw it through the ipad as they laid their segments out on the floor…. each child laying their house and landmark in the appropriate location in relation to school! 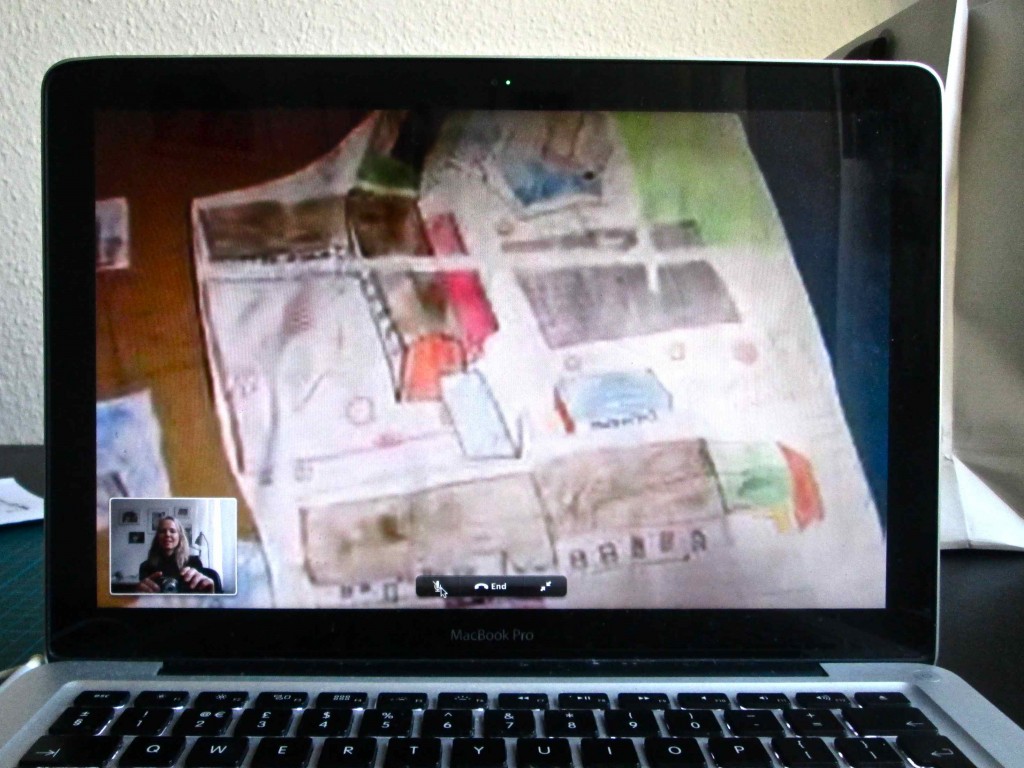 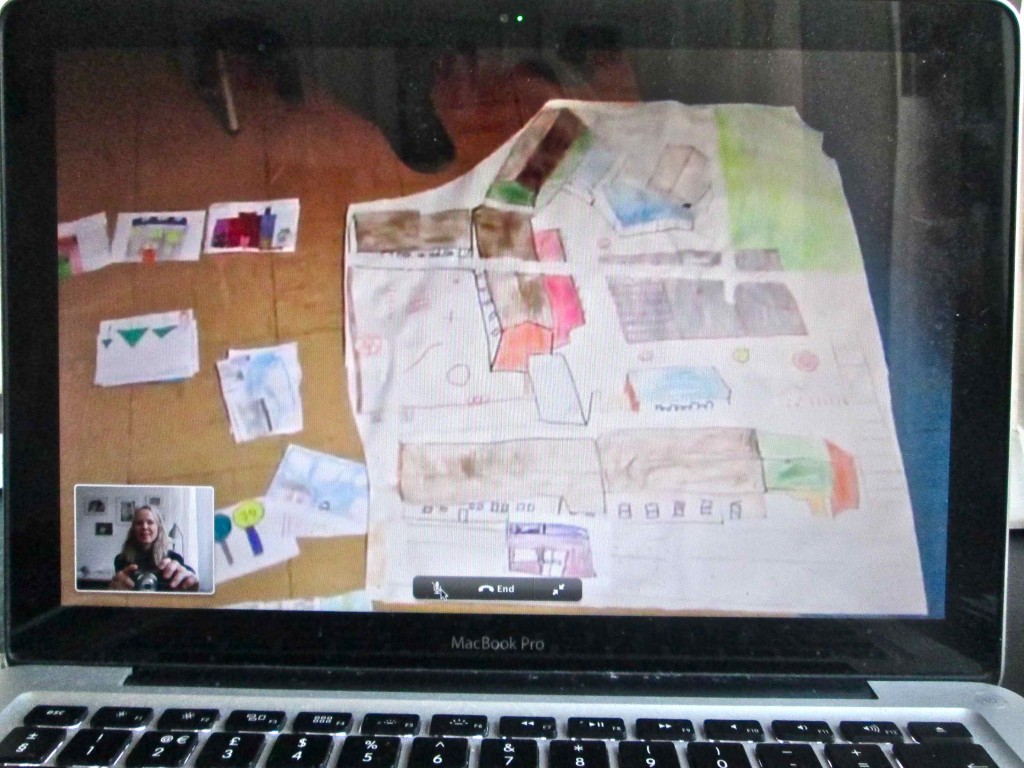 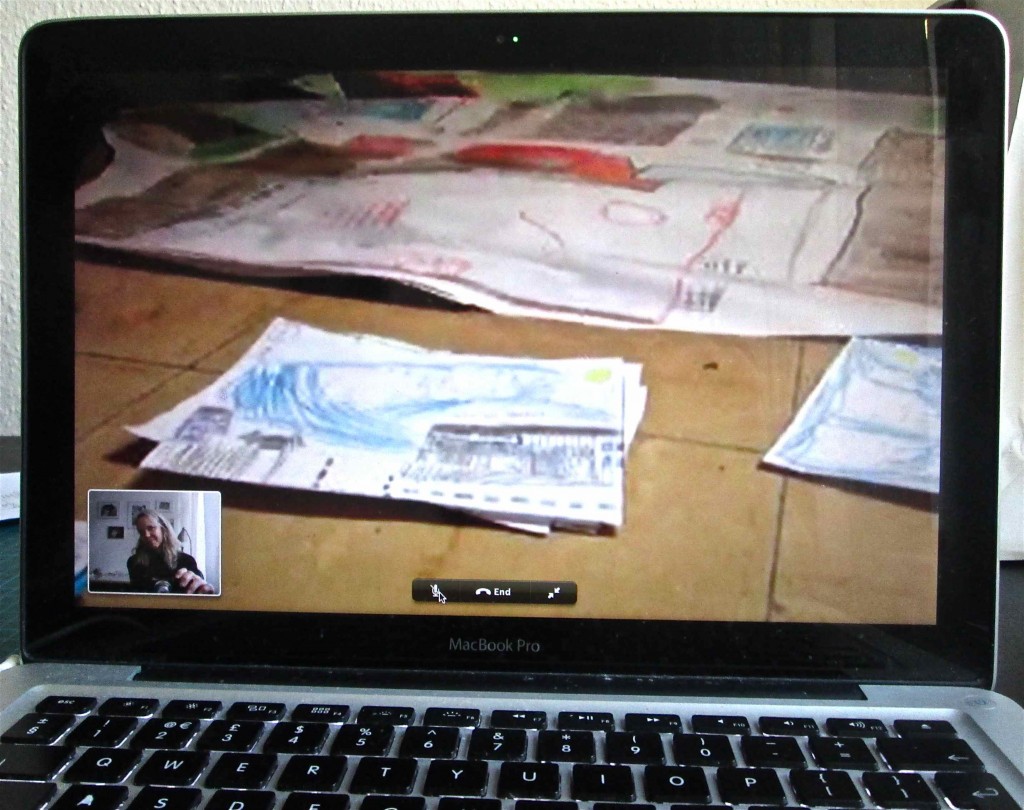 And here’s some of the little landmarks I passed…. 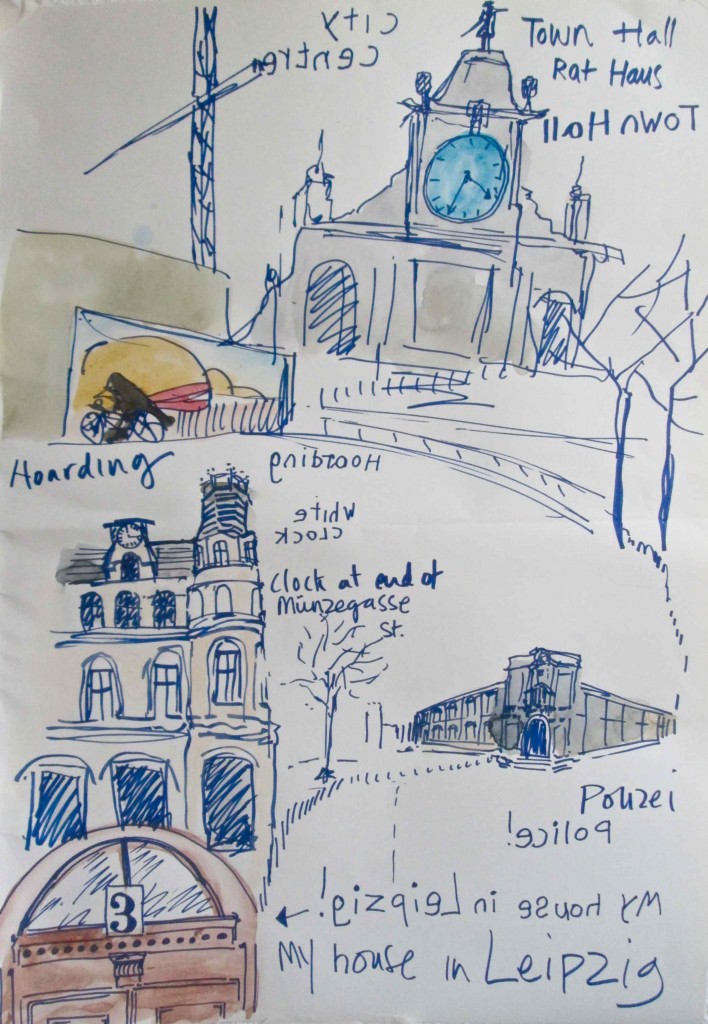 Around this time, I posted a packet of postcards to the class ……… how long would they take? 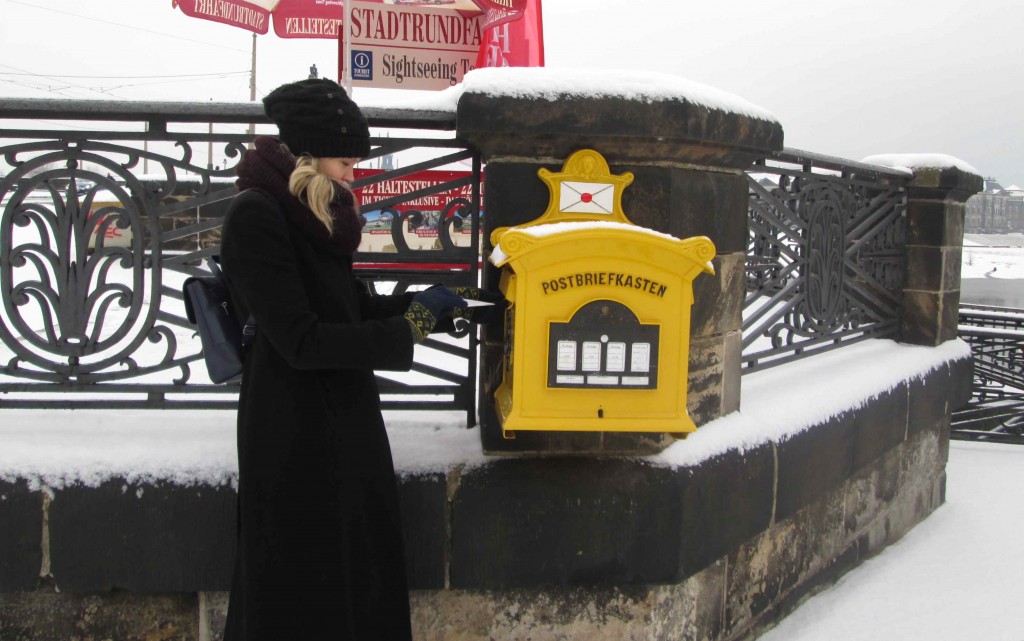