Lesotho It is officially a Kingdom. It is a landlocked country and enclave completely surrounded by its only neighbouring country the Republic of South Africa. We stayed in a border town and every day as we travelled into Lesotho we had to go through border control and have our passports stamped. In order to travel into the Kingdom of Tallaght each of senior infants has been issued a passport which has to be stamped in order to begin our weekly virtual journey. 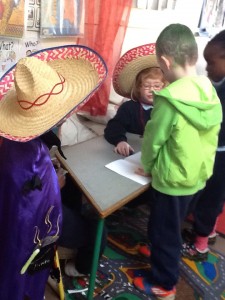 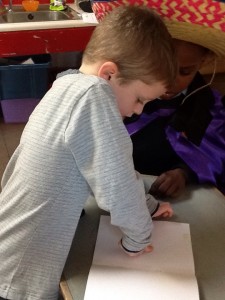 Today on passport control we have Grace and Ozdd. They dressed up in border police costume. They examined the picture in the passport very carefully and checked eye colour and asked questions. We made thumb prints in our passport and we entered the kingdom! Grace and O Z were great border police. 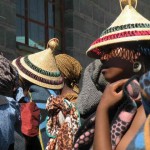 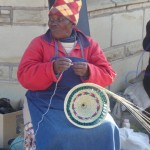 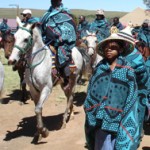 I showed some images of the hats worn in Lesotho. We talked about why they wore the hats. We decided that it kept the sun from burning their heads and kept the sun away from their eyes while they were working.

We then decided to make our own traditional hats for the Kingdom of Tallaght.

We twisted scrunched tore ripped paper and stuck it on to card and watched how patterns emerged. Anyone  entering the kingdom must wear one of our traditional hats.

The technology we are using is Google hangout which is compatible with St Thomas’s I Pads. It is working really well as the senior infants are in control of the location of the I pad as they pass it from table to table. There is a real sense of senior infants making decisions about the communication process. As well as been visible on the I pad I am also on the whiteboard. No escaping my face.

A very direct way of communication leaving me a bit dizzy at times. Meadhbh with the other I pad is taking images which can be streamed directly to my I Phone so I can see immediately the work as it progresses. It’s all I in our kingdom I Pad I Phone IIIIIII.