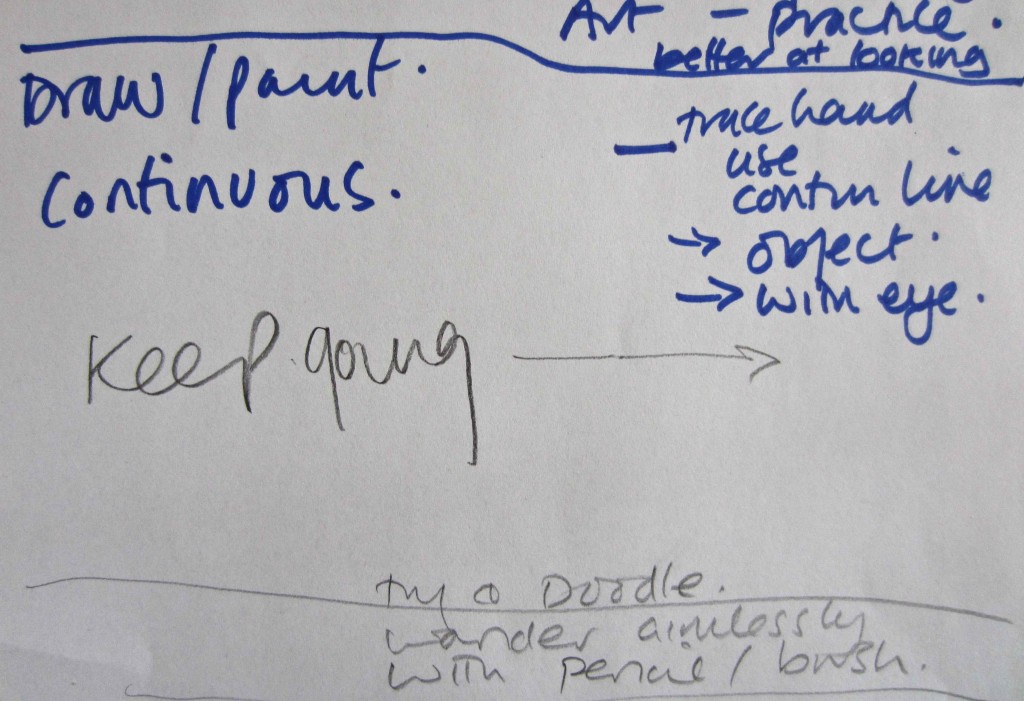 ‘Keep going’ was the thing for us today as our connection was interrupted several times and we couldn’t get to the bottom of it! Thanks to other devices, like the mobile phone, we continued our session  and communication. It just made me more excited to see the outcomes of the children’s interpretation of my suggestions, as the session continued without visual information!

I had asked the children to try using a continuous line to draw the edge of a leaf as a way of picking up the thread from our previous session.  However the children themselves were all dressed up and so was teacher Dearbhla –  Bear Dearbhla! It was World Book Day and so not realizing that the children would be dressed as characters themselves, I had a small space to think – as suddenly our connection was broken…

A wee change of plan.. The children just continued to draw and paint and find out about the nature of the paint as they used it. I then asked them to draw around their own hand. 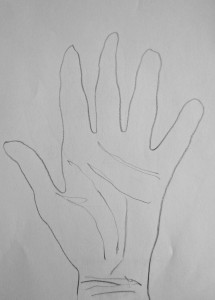 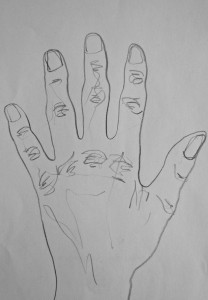 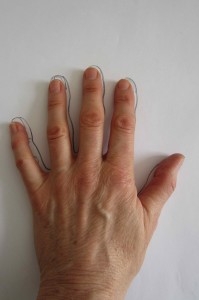 So if they laid their palms flat they could draw their knuckles and nails and if they had their hand palms facing up, they would be able to record their lines across their hands.

The children began to paint their shapes with watercolour. Here’s what I tried myself..

I suggested the children draw an object that their character would like. I am excited to see what they did.